KCC Compassion is Back: Bi-weekly meetings every Wednesday from 6:30 - 8:00 PM. Register Here 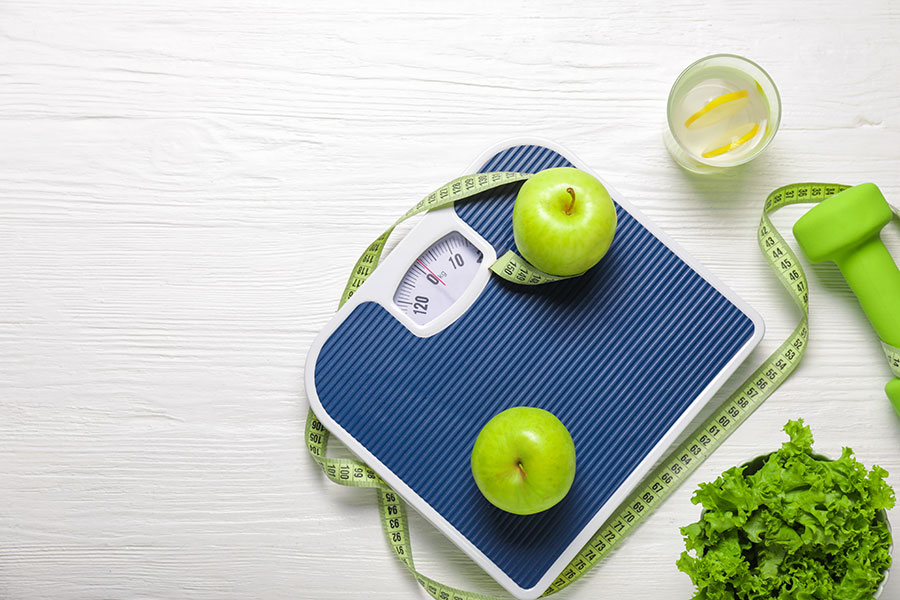 COVID-19 was a tough time for most of us for many reasons and among those, it was a difficult time to remain physically active and mindful of healthy food choices. Among the conversations in the community, our neighbors, family, and friends are bemoaning the extra pounds that are making last year’s summer clothes feel a little too snug. On a more serious note, the extra pounds and postponed routine health exams have resulted in millions of overweight Americans tipping their BMI toward obesity.

In 2016, 39% of adults aged 18 years and over (39% of men and 40% of women) were overweight. The World Health Organization defines obesity as abnormal or excessive fat accumulation that may impair health (WHO, 2021). In addition to a scale measuring pounds, body mass index (BMI) is a simple index of weight-for-height that is commonly used to classify overweight and obesity in adults. It is defined as a person’s weight in kilograms divided by the square of his height in meters (kg/m2).To check your BMI and weight range go to BMI Calculator (CDC, 2020). For adults, WHO defines obesity as follows:

The BMI measure is the same for both sexes and for all ages of adults, so it provides a level measure of overweight and obesity (WHO, 2021).

What causes obesity and overweight?

The fundamental cause of obesity and overweight is an energy imbalance between calories consumed and calories expended. There has been:

When the minimum of 150 minutes /week is completed walking has been shown to reduce the relative risk of Type II Diabetes by 60% compared to walking for <60 min/week (Laaksonen, 2005). A daily step log has been shown to successfully promote increased physical activity.

What are the common health consequences of obesity and being overweight?

BMI should be used to signal threats when weight increases. BMI > 25 (overweight) is a warning sign and >30 (obesity) is a major risk factor for chronic diseases such as:

As the BMI increases, the risk of exposure to non-communicable/chronic illness also increases.
You can make choices about what you eat and how much you move which will positively impact your well-being. By choosing healthier foods and regular physical activity (the choice that is the most accessible, available, and affordable), it is possible to reduce weight and prevent overweight and obesity.

An alarming statistic reveals that nearly 1 in 10 adults worldwide are now affected by diabetes (Danaei,1980). Obesity is one of the most important risk factors for Type II Diabetes, resulting from an imbalance between energy intake and expenditure. Obesity as a result of lack of exercise and increased consumption of calories is thought to be the strongest risk factor for metabolic syndrome and Type 2 Diabetes (Cecchini, 2010). The research points to a rise in Type II Diabetes around the globe due in part to “metabolic syndrome” – the cluster of metabolic perturbations that includes dyslipidemia, hypertension, and insulin resistance. A population study comprising over 175 countries found that the risk of developing diabetes grew by 1.1% for every 150 calories of sugar, or about one can of soda, consumed per day (Basu, 2013).

WHO has identified several lifestyle-improving factors to avoid obesity risk, including increased intake of high dietary fiber, reduced intake of energy-dense, micronutrient-poor foods, and regular physical activity (WHO, 2018). Weight reduction may have effects on diabetes incidence, as seen in the DPP study, each kilogram of weight loss is correlated with a 16% reduction in the development of Type II Diabetes (Lindström, 2006). “Consumption of free sugars, including products like sugary drinks, is a major factor in the global increase of people suffering from obesity and diabetes,” says Dr. Douglas Bettcher, Director of WHO’s Department for the Prevention of NCDs (WHO, 2021).

Rates of obesity are rising worldwide and added sugar, especially from sugar-sweetened beverages, is thought to be one of the main culprits. Sugar-sweetened drinks like sodas, juices, and sweet teas are loaded with fructose, a type of simple sugar. Sugary beverages may be a tasty habit, but they don’t curb your hunger, usually don’t quench your thirst and they make it easy to quickly consume a high number of liquid calories, which leads to weight gain. Reduced consumption of sugary drinks means lower intake of “free sugars” and calories overall, improved nutrition, and fewer people suffering from overweight, obesity, diabetes, and tooth decay (WHO, 2018). Research has consistently shown that people who drink sugary beverages, such as soda and juice, weigh more than people who don’t (Malik, 2013). Even more alarming-drinking a lot of sugar-sweetened beverages is linked to an increased amount of visceral fat, deep belly fat associated with conditions like diabetes and heart disease (Amato, Guarnotta, & Giordano, 2013).

High-sugar diets are associated with an increased risk of many diseases, including heart disease, the number one cause of death worldwide (Pagidipati & Gaziano, 2013). Research reports that consuming excess high-sugar diets, especially sugar-sweetened drinks, can lead to obesity, inflammation and high triglyceride, blood sugar and blood pressure levels as well as — all risk factors for heart disease and atherosclerosis, a disease characterized by fatty, artery-clogging deposits (DiNicolantonio, Lucan & O’Keefe, 2016).